About the Peter Sitte Prize 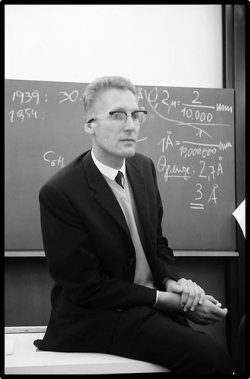 The name of the award refers to Professor Peter Sitte, a German cell biologist. Peter Sitte studies botany, chemistry, experimental physics, and philosophy in Innsbruck, Austria. In 1954 he earned his PhD characterizing plant cell walls. Four years later he already he successfully defended his habilitation on the ultrastructure of pea root cells. He then became head of the electron microscopy center, first in Innsbruck, after that in Heidelberg, Germany. In Heidelberg, he also became Professor for cell biology. From 1966 until his retirement in 1995, he served as Full Professor for cell biology in Freiburg, Germany. His main interest focused on cell biology, cell evolution, as well as philosophical and societal aspects of biology. He strongly promoted endocytobiology as a scientific discipline. In 1991, the International Society for Endocytobiology awarded the Miescher-Ishida-Prize to Peter Sitte for his ground-breaking work on complex plastids.

In 2018 national and international sections of ISE were united.

The next ISE conference, the 15th International Colloquium on Endocytobiology and Symbiosis, will take place 2022 at the Field Museum of Natural History in Chicago, USA (organisation: Dr. Felix Grewe).